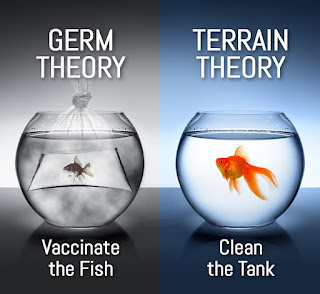 In the history of virology there's never been a truly isolated virus. This is important because Germ Theory of viral transmission only benefits Big Pharma and demonstrates many logical flaws when held up to true scientific principles.

What is generally meant by isolation - which has never been done - is to take a sample from an 'infected' patient and directly view and isolate the so-called 'virus' under such technology as an electron microscope. Bacteria are scientifically provable, and this can be done. This cannot be done with so-called 'viruses'. All known 'viruses' are computer-simulated gibberish.

If you read page 43 of their own document (FDA website) you will see that they openly admit to having taken a simulation out of stock and there was no *Covid* samples available for comparison.
page 43 (page 43 in most browsers - found under 'Performance Characteristics')
https://www.fda.gov/media/134922/download
“Since no quantified virus isolates of the 2019-nCoV were available for CDC use at the time the test was developed and this study conducted, assays designed for detection of the 2019-nCoV RNA were tested with characterized stocks of in vitro transcribed full length RNA...”

That is merely fancy language for multiplication of computer-simulated strands that prove no existence of anything.

We then use inappropriate ‘testing’ methods such as PCR and claim it demonstrates the ‘virus’, conveniently ignoring that a PCR test set on a high cycle could show everyone has Ebola and many other so-called ‘viruses’ too. 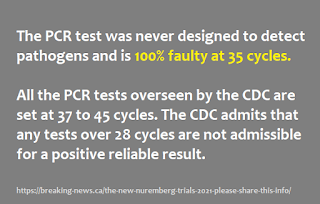 Pellagra was labeled a contagious disease until they found out it was a nutritional deficiency. Typhoid, cholera, yellow fever, and other ‘infectious diseases’ disappeared when people were provided clean water and sanitation. Polio was/is associated with DDT/other toxins. Toxins and poisons and deficiencies are more frequently the cause of what people call viruses...which aligns more scientifically with Terrain Model.

Most people’s ‘opinion’ is that viruses are identifiable vectors for us to potentially catch a contagious illness. But that is simply not true. The reality is - in any true measurable data performed under actual scientific principles of Koch’s postulates – no one has never successfully isolated a ‘virus’. So-called ‘viruses’ are merely computer simulated mental constructs. 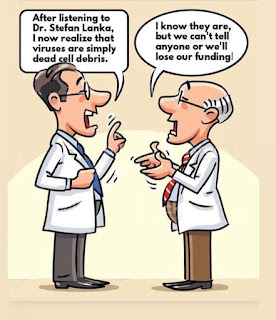 They take a sample, and they spin it and then they add certain culture mediums and grow something, then they amplify it, filling in the gaps and creating the sequences with computer technology. Then they call it a 'virus'.

‘Viruses’ as we know them are able to be patented. However, no ‘product of nature’ patents are allowed. You cannot patent a naturally occurring bacteria as they are a ‘product of nature’. So why can you patent a ‘virus’? The answer is they are man-made and not ‘naturally occurring’ e.g. computer simulations.
https://patents.stackexchange.com/questions/13381/can-you-patent-an-existing-bacteria-without-any-modifications

Many medical people have a difficult time even considering the error of Germ Theory because they think they have seen these phenomenon for their own eyes...but in most cases they should just look a little closer. For example: Urinary Tract Infections have run rampant through facilities in what seems like 'outbreaks' but we would not consider UTIs an 'infectious' disease. So why do even non-'viral' symptoms often appear in clusters?

We must be willing to consider that everything we think to be true might not be true at all if we want to create a truly healthy and educated society. 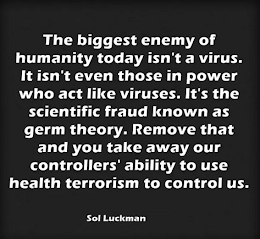 In March of 1919 Rosenau & Keegan conducted 9 separate experiments in a group of 49 healthy men, to prove contagion. In all 9 experiments, 0/49 men became sick after being exposed to sick people or the bodily fluids of sick people.
https://jamanetwork.com/journals/jama/article-abstract/221687

In November 1919, 8 separate experiments were conducted by Rosenau et al. in a group of 62 men trying to prove that influenza is contagious and causes disease. In all 8 experiments, 0/62 men became sick. Another set of 8 experiments were undertaken in December of 1919 by McCoy et al. in 50 men to try and prove contagion. Once again, all 8 experiments failed to prove people with influenza, or their bodily fluids cause illness. 0/50 men became sick. In 1919, Wahl et al. conducted 3 separate experiments to infect 6 healthy men with influenza by exposing them to mucous secretions and lung tissue from sick people. 0/6 men contracted influenza in any of the three studies.
https://www.jstor.org/stable/30082102?seq=1#metadata_info_tab_contents

In 1920, Schmidt et al conducted two controlled experiments, exposing healthy people to the bodily fluids of sick people. Of 196 people exposed to the mucous secretions of sick people, 21 (10.7%) developed colds and three developed grippe (1.5%). In the second group, of the 84 healthy people exposed to mucous secretions of sick people, five developed grippe (5.9%) and four colds (4.7%). Of forty-three controls who had been inoculated with sterile physiological salt solutions eight (18.6%) developed colds. A higher percentage of people got sick after being exposed to saline compared to those being exposed to the “virus”.
https://pubmed.ncbi.nlm.nih.gov/19869857/
https://catalog.hathitrust.org/Record/102609951

In 1921, Williams et al. tried to experimentally infect 45 healthy men with the common cold and influenza, by exposing them to mucous secretions from sick people. 0/45 became ill.
https://pubmed.ncbi.nlm.nih.gov/19869857/

In 1930, Dochez et al. attempted to infect a group of men experimentally with the common cold. The authors stated in their results, something that is nothing short of amazing. “It was apparent very early that this individual was more or less unreliable and from the start it was possible to keep him in the dark regarding our procedure. He had inconspicuous symptoms after his test injection of sterile broth and no more striking results from the cold filtrate, until an assistant, on the second day after injection, inadvertently referred to this failure to contract a cold. That evening and night the subject reported severe symptomatology, including sneezing, cough, sore throat and stuffiness in the nose. The next morning he was told that he had been misinformed in regard to the nature of the filtrate and his symptoms subsided within the hour. It is important to note that there was an entire absence of objective pathological changes”.
https://pubmed.ncbi.nlm.nih.gov/19869798/

So a common question – “If there is no such thing as a infectious virus, then why did diseases decline and/or vaccines eradicate these diseases?”

There is plenty of evidence available to answer this question. Vaccines never eradicated anything. An unbiased review of the evidence demonstrates vaccines have never been demonstrated to work at all – unless harming people and making a lot of money for pharmaceutical companies is the definition of 'working'..

Disease declined because of improvement in the human TERRAIN.

“The 19th-century population shift from country to city that accompanied industrialization and immigration led to overcrowding in newly populated cities that lacked proper sanitation or clean water systems. These conditions resulted in repeated outbreaks of cholera, dysentery, TB, typhoid fever, influenza, yellow fever, and malaria. By 1900, however, the incidence of many of these diseases had begun to decline because of public health improvements, implementation of which continued into the 20th century.

Local, state, and federal efforts to improve sanitation and hygiene reinforced the concept of collective ‘public health’ action (e.g. to prevent infection by providing clean drinking water). By 1900, 40 of the 45 states had established health departments. The first county health departments were established in 1908. 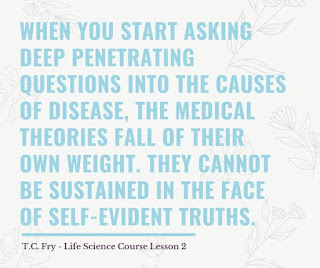 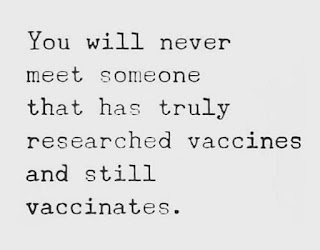 "Scientific medicine has taken credit it does not deserve for some advances in health...In fact, cholera, typhoid, tetanus, diphtheria and whooping cough, etc., were in decline before vaccines for them became available - the result of better methods of sanitation, sewage disposal, and distribution of food and water." Dr Andrew Weil, Health and Healing 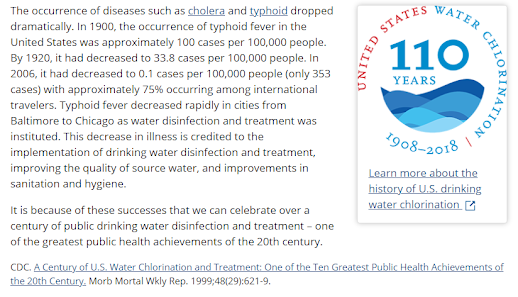 Around 1900-1930, scientists weren’t at all decided on which theory was correct. Germ theory took root after Rockefeller funded germ theory advocate Louis Pasteur “won” the discussion by presenting fraudulent proof of infection against terrain theory advocate Antoine Béchamps.
Another nail in the terrain theory coffin was the Rockefeller funded Carnegie Flexner report which weaponized politics in favor of centralized, drug-based medicine against natural medicine. It was a hostile takeover.
Why would somebody want this falsehood sustained?
Because fear for organisms invading your body sells drugs and vaccines. Viruses also provide a cover explanation when people get sick from environmental toxicity or to perpetrate a pandemic power grab for totalitarian control.
https://wickedtruths.org/en/viruses-do-not-exist

Another video with Dr. Stefan Lanka and some of the experiments he is doing:
The Final Refutation of Virology:
https://yummy.doctor/video-list/the-final-refutal-of-virology-the-scientific-revolution-is-here-english-version

Germ Theory is simply untrue. What we call disease can consistently be shown to originate from a source of poison, toxin, deficiency, or trauma - such as toxic water, inappropriate/not nutritionally desirable food choices, the administration of dangerous pharmaceuticals, etc. When examining individual 'disease' conditions the underlying causes become increasingly obvious.

Contagion and infectious 'germs' has never been demonstrated despite many years of trying. We are being repeatedly poisoned and nutritionally boycotted - and sometimes unknowingly poisoning ourselves - and it is all based on a long history of utter deception and fabrication.
Break the cycle. 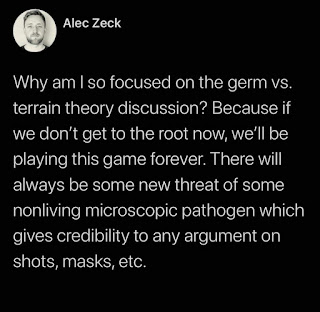 If you have a Telegram account you can watch many interesting videos here:
https://t.me/OpposedtoVaccines
Book recommendations: 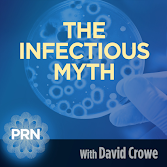 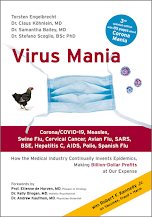 The Myth of Contagion

If there is no virus, why are people dying?

The bartender gave me the hangover disease again